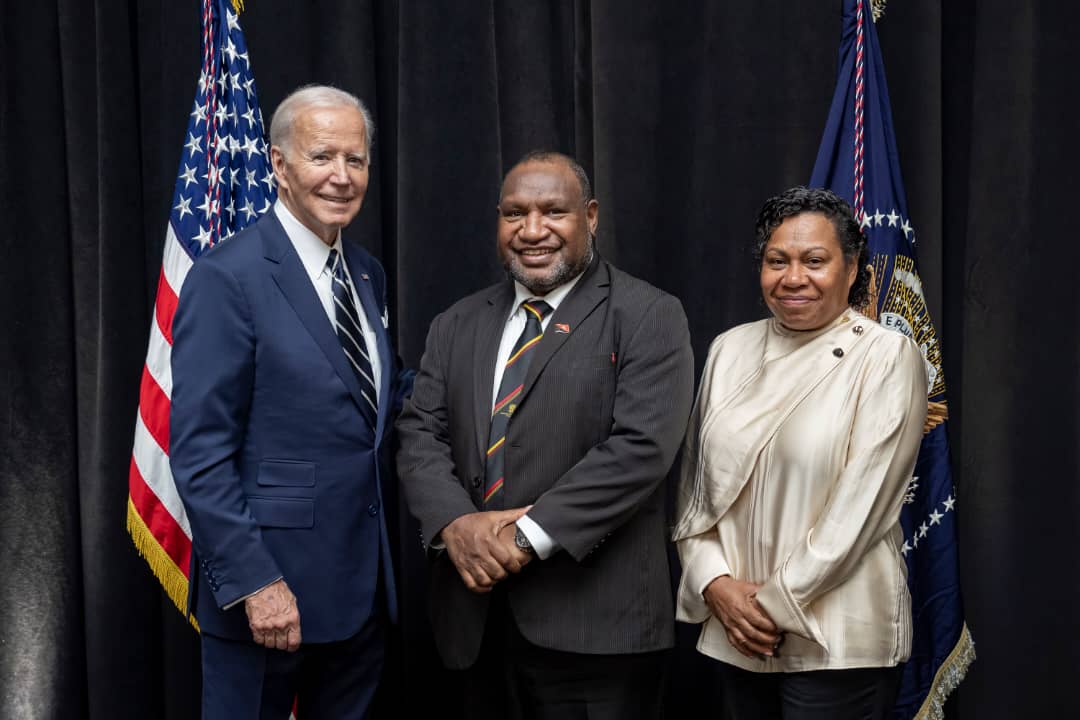 In this meeting PM Marape confirmed his attendance to the USA Pacific meeting next week In Washington where it is expected that he would continue his advocacy for more investment and trade relationship with US then just a political relationship in USA’s push for it’s Indo-Pacific strategy.

Prime Minister Marape meeting with President Biden comes as the prelude to the scheduled and upcoming first ever US – Pacific Islands Countries (PIC) Leaders meeting in Washington DC next Wednesday.

“The brief moment with President Biden as a prelude to meeting proper scheduled next Wednesday with the rest of Pacific Leaders in Washington,” PM Marape said.

“President Biden did mention that he might look at his calendar to make a visit to Papua New Guinea,” Marape said.

PM Marape delivered his UN speech at 12:20pm today, 22 September 2022. This is the 77th session of the United Nation’s General Assembly.