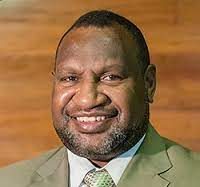 Telstra CEO, Andy Penn, who was accompanied by Australian High Commissioner Jon Philp and Telstra’s Head of International Business Oliver Camplin-Warner, were given the assurance by Prime Minister James Marape and Treasurer Ian Ling-Stuckey in Port Moresby on Monday.

Telstra Corporation Limited announced its proposed acquisition of Digicel Pacific in October last year for US$1.6 billion or about K5.0 billion.

“With regards to Digicel Pacific’s PNG business, statutory approvals are still being sought from the Independent Consumer and Competition Commission (ICCC), the National Information and Communications Technology Authority (NICTA) and the BPNG, prior to a final settlement or payment of the business by Telstra” said the Treasurer.

He said given the Australian governments commitment to provide a financing package for the acquisition through Export Finance Australia (EFA), he would further update his counterpart, Australian Treasurer, Josh Frydenburg during his visit to Australia in February, as well as progressing negotiations with Telstra CEO, Andy Penn.