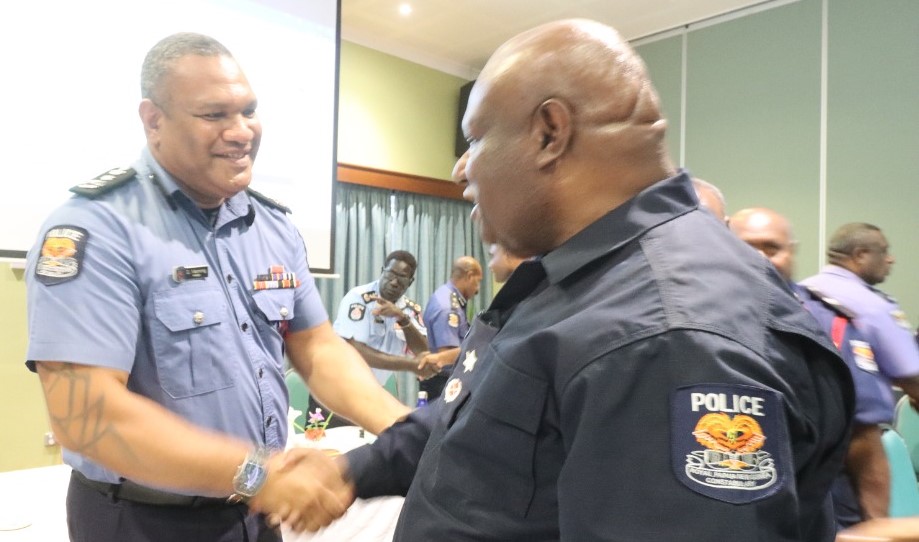 Police Commissioner David Manning is likely to announce a major Police reshuffle to be based on individual performances of police officers.

“The importance of this evaluation process and reshuffle is key to our success, it is key to rebuilding the force. All of us here are very much part of the transition,” Commissioner Manning said.

Mr Manning however said  this election was also an alternative way to assess the officers  level of command, control and leadership skills in  their  respective commands.

He added there will be a reviewed commitment to better support command and demand for greater performances from them.

Meanwhile, the RPNGC  is embarking on a 10-year plan to transition into an organisation that is aspiring to be led and managed by competent people to bring about a Police force that is effective, efficient and readily available to meet the challenge of the people.

“Neither I nor the current executives are at the benefit of these reforms. We are very much aware that it is very much to be enjoyed by our successors five to ten years in the future.

“What we do collectively now in our time is very critical for the change. Consistent with this, the evaluation of our performance is on-going.”

He said, “My intent for the new year will be released via the Commissioner’s Circular in November this year. I encourage you all to familiarize yourself with it and context it in delivering your end of year parades.

“This is probably your last election debrief and so on behalf of the RPNGC I acknowledge your continuity, dedication and loyalty to the organisation thus far and we wish you well in your future endeavours,” Mr Manning concluded.