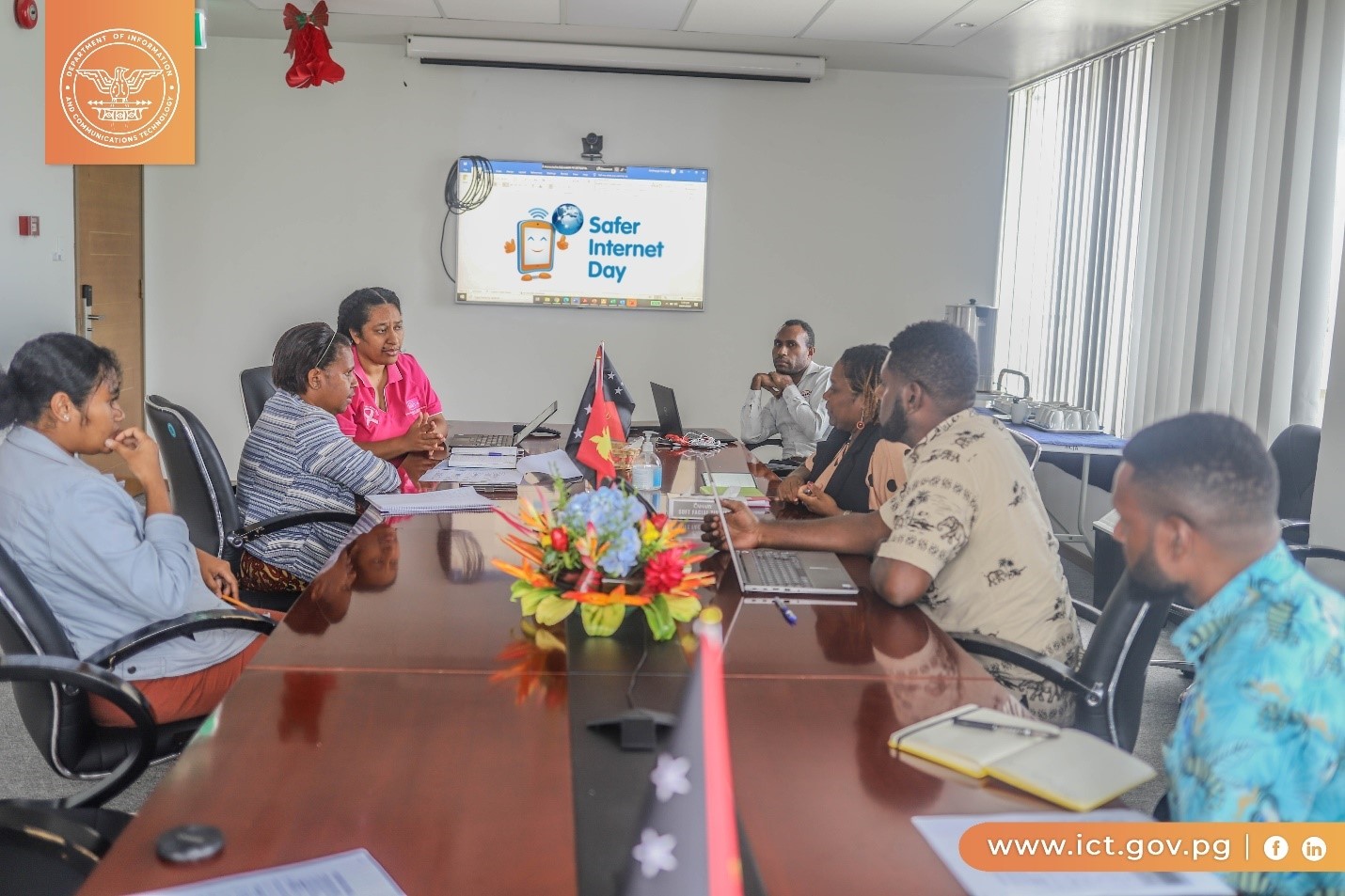 Papua New Guinea is advancing into a digital future, and along with that progress, there is an exponential increase in the number of issues regarding the inappropriate or misdirected usage of the internet and its digital tools, as more individuals get access to digital devices without fully understanding how to effectively and productively use the internet.

NICTA and DICT collaboratively with the Safer Internet Day Committee, which includes various NGOs and Businesses organizations in the country, plan to address these internet-related issues, and encourage everyone in the country to join the movement, participate, and make the most of the internet potential to bring people together for better usage of the internet.

Globally, SID is celebrated around the world in February of each year, with Safer Internet Centres, SID Committees, and other supporters in each of the countries coming together to plan and organize events. For PNG, the date is set for Tuesday, 7th of February.

Over the years, Safer Internet Day has become a landmark event in the online safety calendar.

Starting as an initiative of the EU Safe Borders project in 2004 and taken up by the Insafe network as one of its earliest actions in 2005, Safer Internet Day has grown beyond its traditional geographic zone and is now celebrated in approximately 180 countries and territories worldwide.

The Global Safer Internet Day Campaign aims to create both a safer and better internet, where everyone is empowered to use technology responsibly, respectfully, critically, and creatively.

The campaign focuses on children and young people, parents and guardians, teachers, educators, and social workers, as well as the industry, decision-makers, and politicians, to encourage everyone to play their part in creating a better internet for all users.

The SID Campaign 2023 in PNG will address the recent issues that have been airing on our social media space and will empower the users of PNG to take ownership of the campaign, play a part in addressing these issues and ensure we implement a new normal that entails a more improved, positive and productive usage of the internet.