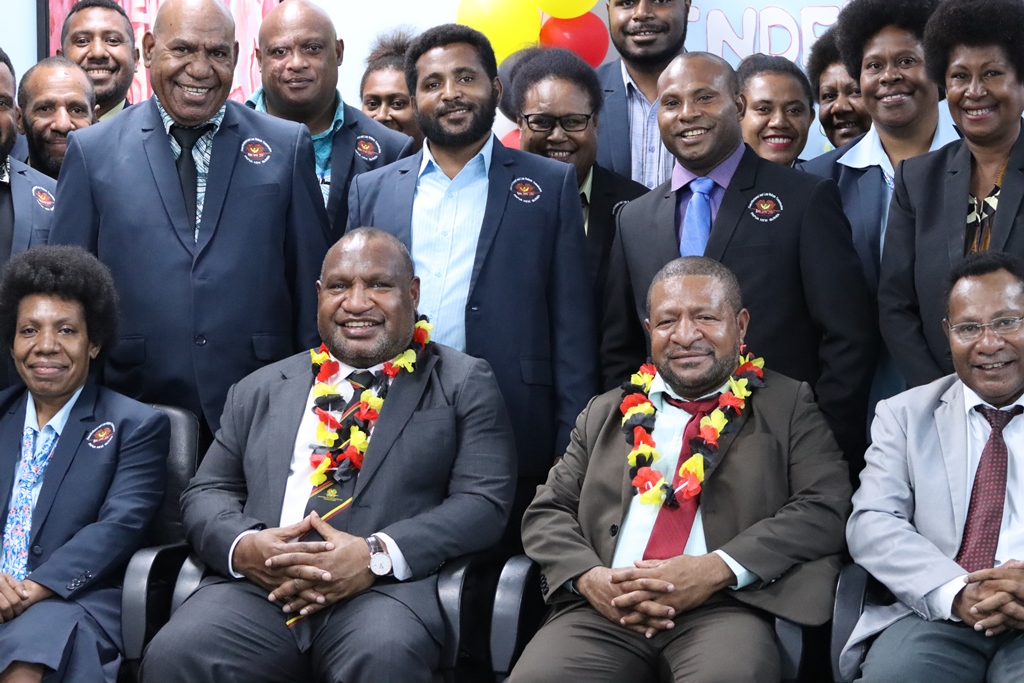 Prime Minister Hon.  James Marape has called on the Constitutional and Law Reform Commission’s (CLRC) newly appointed Chairman and Member for Okapa, Saki Soloma to begin consultation on the proposed laws recently announced by the Government.

Mr Soloma’s appointment by Cabinet came into effect in September following the revocation of the appointment of the late Member for Wewak Open, Hon. Kevin Isifu as Chair of the Commission.

Mr Soloma is now tasked to begin open dialogues with the Commission on some of the proposed constitutional laws recently announced by the Government.

Among the government proposals is the recommendation   to have Papua New Guineans vote for the prime minister.

“I have announced this proposed law in August of which I wanted to see eligible electors vote for the Prime Minister of Papua New Guinea,” Mr  Marape said.

“For citizens to vote for the prime minister will be a better system as our people can vote in all layers of government starting from local to district and to provincial to national.

“I would also want to see the National Executive Council’s approved proposal to formally declare PNG a Christian country under the Constitution.”

Mr Marape said the country was founded on two basic principles — ‘our cultural heritage and our Christianity’ — as declared in the preamble to the Constitution, which provides the cornerstone to its existence; therefore, the bid to declare PNG a Christian country under our ‘mama law’ must be achieved.

“I am challenging our new Chair Soloma to ensure these proposals are in alignment with our National Constitution and to see that each of these proposals become laws in the near future.”

Prime Minister Marape said Mr Soloma plays a vital role as Chair of CLRC adding that the Commission’s functions are to:

· Inquire into Constitutional Laws on the direction from the Prime Minister; and

· Review all laws, other than Constitutional Laws, on instructions from the Minister for Justice and Attorney-General.